Music, puppets, games, a mural and much more: innovating on science outreach


Science popularization can take many forms, even some unexpected manners. It can be done through music or puppets; with graffiti or a giant nose; with word puzzle or a comic story. These were some of the tools used by the Institut Pasteur de Montevideo in 2022 to generate different activities to bring science closer to the public.


Created during the pandemic, in 2020, the institute formed a band called “Don’t Worry (we actually do science)” that performed live for the first time in 2022. After recording 12 songs (available on the institute’s Youtube channel) and doing two virtual shows, the band performed at a theatre in front of more than 350 people and played popular songs that allowed them to talk about different aspects of science. 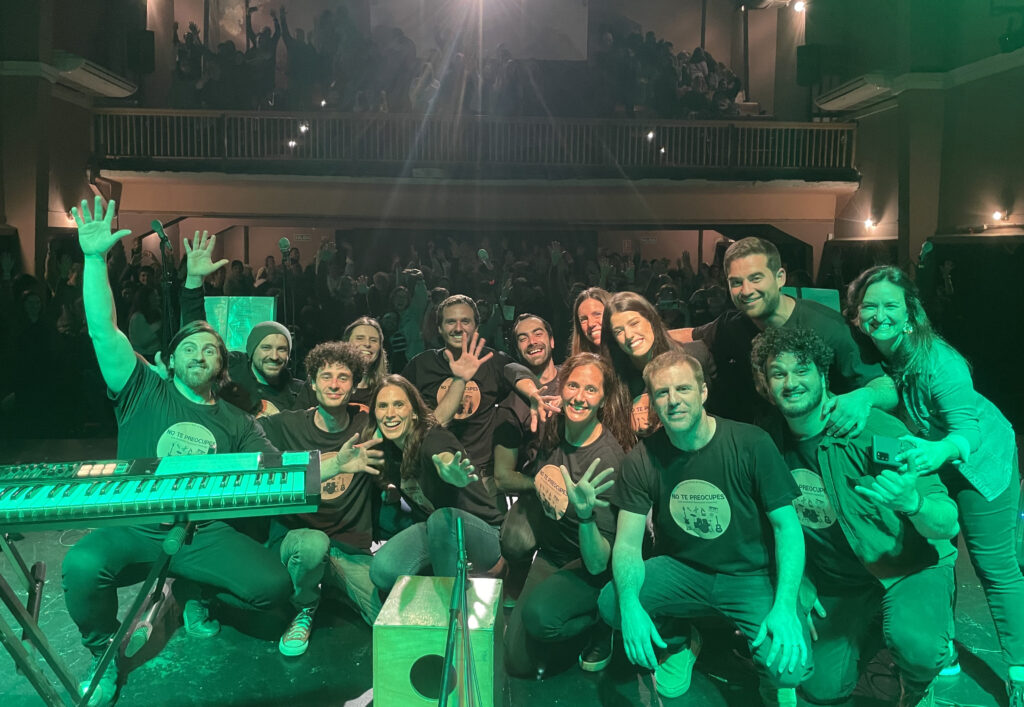 The dynamic was the same as in the virtual shows: the band plays a well-known song whose lyrics indirectly mention some aspect of science, and at the end of the performance, a scientist talks about the topic in simple and entertaining terms. It is an interactive, short and entertaining way to listen to music and science. In the show, the band played 6 songs and talked about rare diseases, circadian rhythm and vaccines and genetic diseases, among other topics.

In 2022, the institute also created an original puppet play to talk to young children about how to do research. In partnership with a company of professional puppeteers, a group of researchers from the institute wrote a script, created characters, and put together a set specially designed to popularise science. 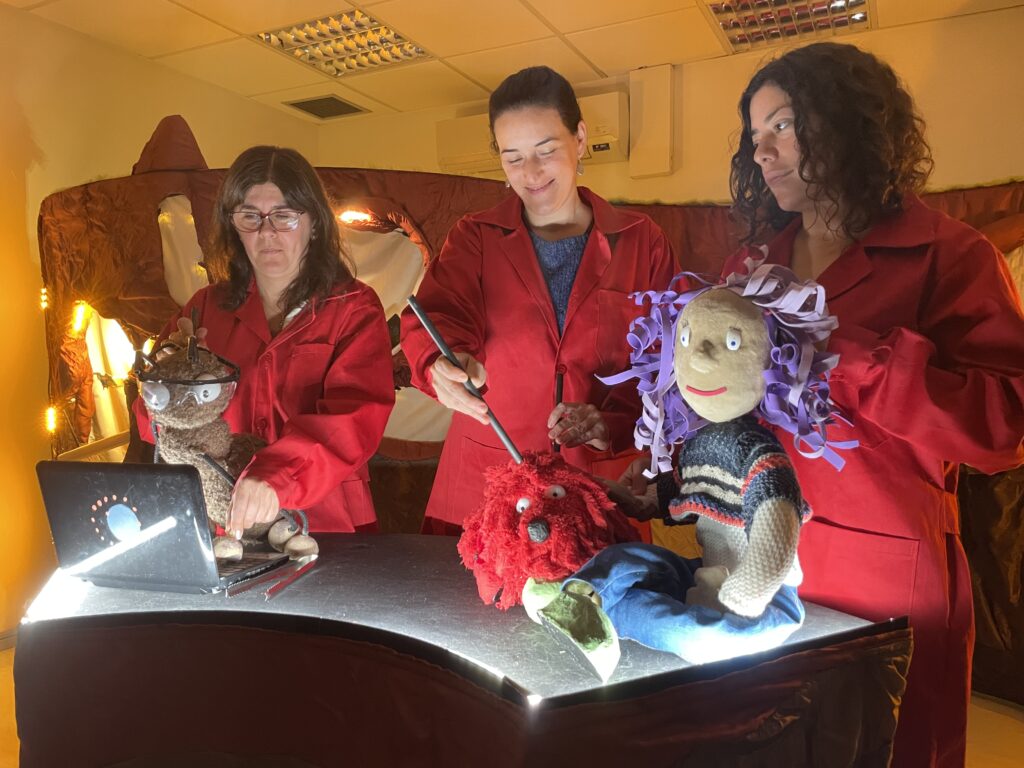 The result was a 20-minute play set in an anthill. The main characters are a girl named Rita and her dog Newton, who receive help from a group of ants when an unexpected and mysterious situation arises. The play has already been performed to full houses.

Another group of researchers, at the invitation of the EspacioCiencia museum in Uruguay, collaborated in the design and production of an interactive exhibition about bacteria, viruses and parasites. For months, the researchers generated information suitable for the public that could be transformed into museum stations aimed at learning more about the microscopic world. 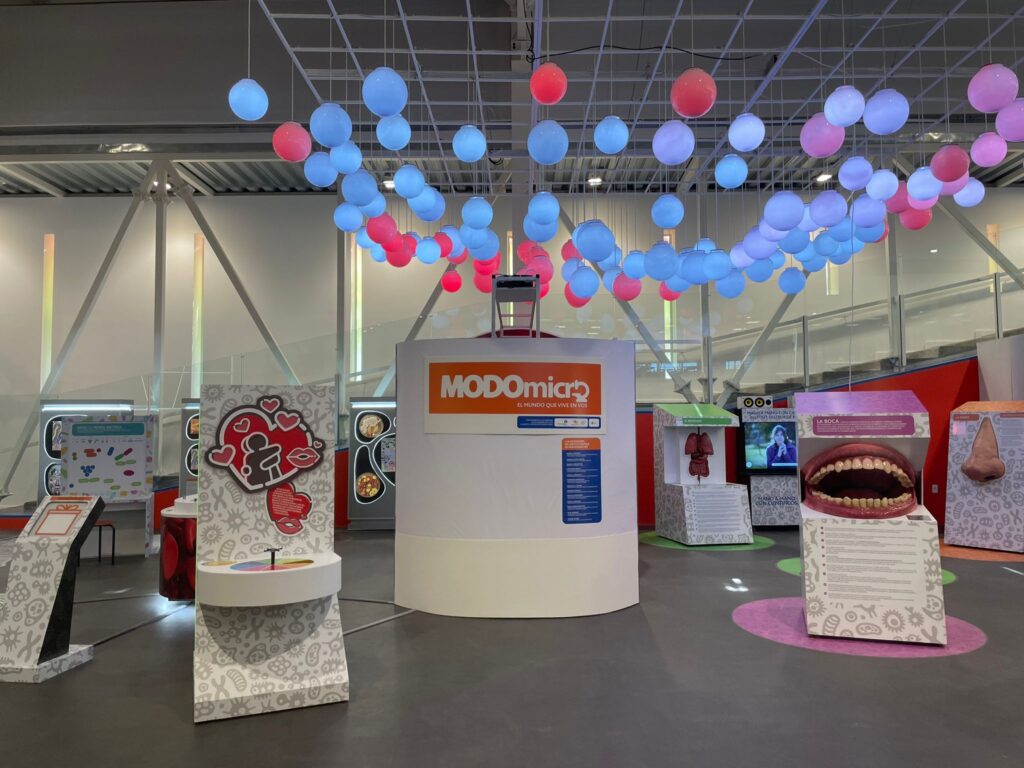 “Micro Mode” is the name of the exhibition that brings together interactive stations. For example, a giant nose linked to a large swab that allows children to take a covid test and understand more about this highly topical virus; a giant mouth is an excuse to talk about the bacteria that can be found in the body, and a magnifying glass helps to take a closer look at some organisms such as the mites that surround us.

A wall that connects worlds

In addition, one of the institute’s exterior walls was transformed into a canvas for a mural by street artist José Gallino,who used graffiti to create a scene reflecting the importance of translational medicine, i.e. the link between scientific research and medicine.

The mural also has an associated web page that summarises four scientific projects developed by different laboratories at the institute, which are precisely examples of translational medicine contributions. This information —and the images of the mural— is available at this website.

In addition, thinking of entertaining ways to popularise science, the institute produced “The Little Friends Pasteur Game Book”, a booklet of traditional pastimes that, in addition to being entertaining, allow to learn more about different scientific topics.

Thus, a word puzzle helps to learn more about immunology, a crossword puzzle helps to better understand the steps of the scientific method, a card game brings the world of laboratories closer, a hidden object game gives clues about the work of bioinformatics, and a board game give the opportunity to talk about antibiotic resistance, among other games. The 50-page book includes such games for all ages, while sharing concepts about science. 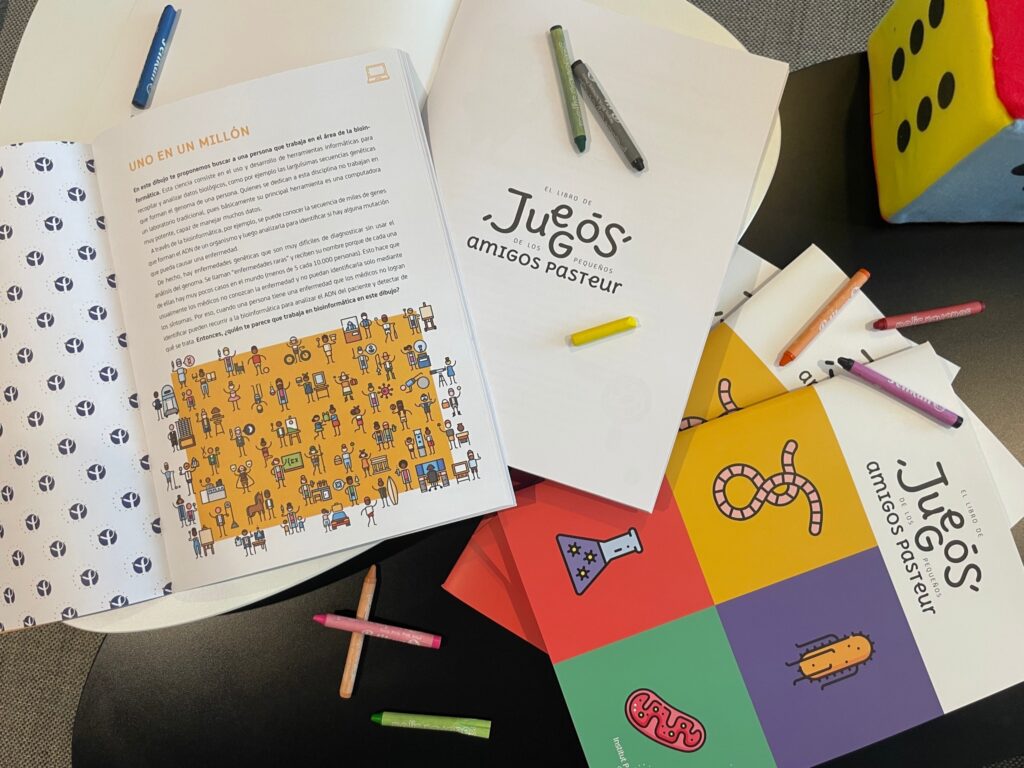 And among other science outreach initiatives, together with another team of researchers, the institute uses comics to talk about bacteria and their “feelings”. On a website two stories in comic format show how and why bacteria feel cold or hungry, and how knowing these mechanisms can help scientists to develop ways to combat some diseases caused by bacteria.

For 2023, the institute’s commitment to popularising science follows this line and foresees more instances and materials that bring science closer to the general public. 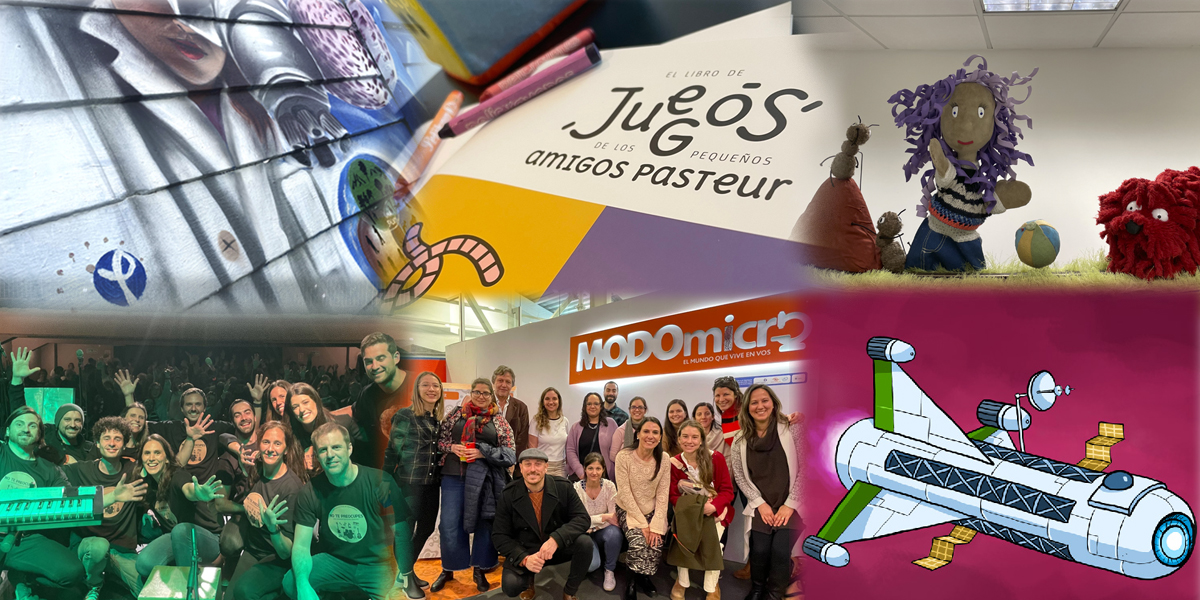